Good morning. The sun squints behind the luscious white blue-ridged clouds as first frost abounds. I’m sweating after walking the dog while bundled like one of those Michelin-man toddlers. One stray cat hair clings to my monitor. I spent part of the night tossing and turning over the state of our nation and our world. I work in communications, and must keep aware of political developments as part of my job. But it’s night when the meaning of all I’ve read begins to sink in.

Oh, God, how can we pivot each time we read some new horror and focus on the world we want to see and put our weight into that?

This morning the still green-and-gold plum tree leaves wear hats of cold cotton. I feel so grateful for the quiet, the light, and the toffee-colored pit bull, Captain, asleep at my feet.

The rising seas, the incompetence, arrogance, and greed leading our nation toward its brink, all test my skills as both a practitioner of peace and a nice person.

I sip my tea, try to taste it, rather than the world’s troubles. This morning is holy thing.

Thirty years I’ve felt this way. Now, I don’t. Bad news: I’ve lost 30 years when I could have been making headway in the here and now. Good news: I’m not dead yet.

I should keep a notebook with me at all times. My brain seems to be going. At least today, I seem to be able to stay present without freezing, despite the realities.

Can we face our own near extinction with the peace and happiness that is the only state that can help?

During a mental health crisis at 22, I couldn’t feel peaceful or happy for even 10 seconds for an entire year. Yet the world at large appeared a bit stable. Now, the reverse is true. I learned to stake my life on bliss. Without the stable center, we lose all hope. And hope, hope is the breath of God that will carry at least our species, if not us personally, into a new day. Maybe. Toward this I lean with my full weight, knowing I do not have the answers.

I think of that Buddhist yarn where things keep happening, and each time the neighbor’s say “oh, this is bad luck” or “this is good luck” and the father keeps saying “we shall see.”

Or to quote Depak Chopra, there are as many paths to God as there are people on this Earth. Don’t judge another’s.

But, I sputter, Justice! Yes and yes. I was getting to that. Integrity matters most of all when all seems lost. Yet we cannot just run around like chickens with our heads cut off: The state we are in when we act directly impacts the effect of those actions.

And we are the people of Puerto Rico right now, and those who travel to help them, and those who appear to be blowing them off. We are the rising seas, and the devastation, and the possibilities and the strength. How can I hold all of this and just sip my morning tea in the bliss that, thankfully, now is in me? 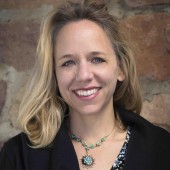 Losing all but what remains

The heart of everything

This site uses Akismet to reduce spam. Learn how your comment data is processed.